This state-of-the-art mobile application works in stealth mode, which means that it can never be detected by the monitored mobile phone. All your information is strictly kept confidential and no indication of Appmia Appears on your bill. Just download the application on the phone you want to spy. It's so easy - it won't take more than 2 minutes.


Log in to your online Appmia user area to view all information from the spying phone. Yes, it IS that simple! Spy on text without installing on phone log where it belongs. Appmia is a powerful tracking software which allows you to track all mobile device activities and control it remotely. Get real-time access to a tracked smartphone's data. Monitor all activity from your PC, tablet or smartphone! Features Compatibility. Also featured in:. Over , satisfied customers Your privacy and security guaranteed. Appmia is the most powerful spy phone software with highly innovative features. Appmia works on all mobile phones in spite of the network.

You can spy on virtually any phone remotely and invisibly. Works in a complete invisible mode, it will never appear on the monitored phone. Appmia has been featured by several popular media outlets. Because it costs you less than your daily cup of coffee! Over , satisfied customers are already using Appmia.

Very easy to install and simple to use. Take control over any remote device! View, track, read any device data online - anytime anywhere. Appmia is simply a must for any top executive. Thanks to it, I had to fire several employees in order to avoid information leakage. I strongly recommend this app. Appmia is a real lifesaver! Now I can sleep easily because everything is under my contol. It supports iOS 7 up to iOS 9. You would need to download and install the app on their website to track an iPhone. These packages have been divided into monthly, quarterly, and yearly subscriptions.

It offers many features, but on the affordability side, it is much pricier. Spyzie is another reliable spying app in the market with several features under its name. It can record messages and provide calls information. 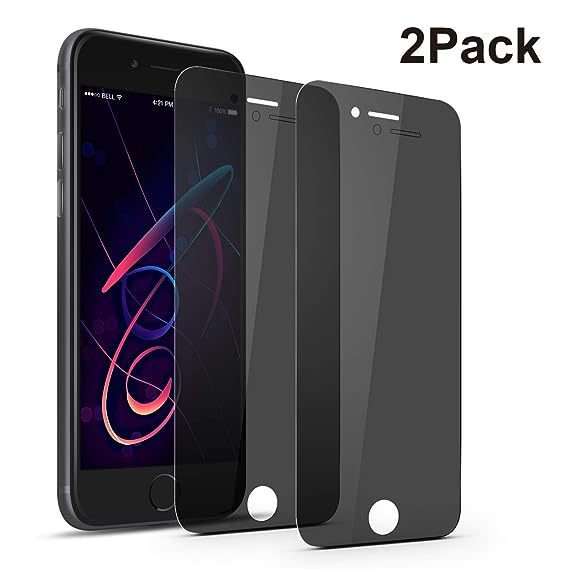 After synchronizing the data on iCloud, it can be accessed anywhere. The biggest downside of this iPhone monitoring app is its lagging performance. Being the newest on the market, it has a still a long way to go. The app is compatible with the iPhone.

But its compatibility is limited. It can be used on no jailbreak devices but it offers no support for jailbroken iPhones.

How to Detect and Remove Spyware from Your iPhone

However, this iCloud spying app can be used on the iOS 8 and above devices without requiring jailbreak. This is perhaps its major attraction. Spyzie is cheaper than its competitors that offer the same features. For the moment it offers two packages:. Highster offers all the major spying features but lacks the compatibility with the iPhone. Though it offers incredible features for Android phones, it misses the same on iPhone. Still, the app is among the reputable apps online. The app is also accessible to the user through Windows and other platforms. The app is compatible with all iOS versions.

But it does not support jailbreak phones. You have to install the app through their OTA over-the-air method to download the app. Highster also supports iOS Price is higher than its competitors.

The package is valid for a year duration. Which is not needed in many cases. This is a mid-range Apple spying app that has all the basic features from tracking instant messengers to call logs. It has a few advanced features as well like listening to the recordings of incoming and outgoing calls. Another distinct feature of this app is that if the target person changes the SIM card, you are notified.

SpyEra lacks the compatibility for iOS Another requirement for the compatibility is that you would need to jailbreak your device before installing the app. SpyEra is very expensive. Its three-month package costs equal to the monthly packages of top iPhone spying apps.

In a short period of time, Appmia has grown in popularity and ranks 7th in our top 10 spying apps for iPhone It works great for your basic monitoring needs such as text messages, chats, location tracking and call monitoring. You can monitor a variety of devices with Appmia. Appmia lets you monitor Android devices, iPads, iPhones along with some versions of Nokia Symbian devices and Blackberry phones. What if the person you want to monitor has an old iPhone model?

While many people change their handsets, there are still a few who stick to their old handsets. GuestSpy is an app designed to monitor the older versions of iPhone. The compatibility of the app is limited and this is the major reason why GuestSpy is on number 8th on this list. GuestSpy does not support any iPhone device later than the iPhone 5C. And if you want to install the app, you have to jailbreak the phone and install it using the Cydia utility. Nevertheless, if you still have an old iPhone model with the jailbreak, GuestSpy is good option to go for.

Considering its limited compatibility, you can expect a lower price than other high-end apps. GuestSpy has three different plans:.

There is some freedom with the duration of these packages. GuestSpy offers all its packages for four different durations i. Spymaster Pro is a mid-range spying app that offers all the primary spying features like spying on text messages, internet browsing history, and contact details. Unlike any other mid-range spying app, it does not require the phone to be jailbroken to install the app. It offers the ease of primary spying with 15 features under its name. But the app is pricey as compared to the features it offers and has disappointing customer support.

Spymaster Pro is compatible with up to iPhone 7 only. It does not support any later models of the iPhone. Another limitation of this app is that it cannot be installed on any jailbroken device. You would need iCloud credentials of the target phone to monitor it. Spymaster Pro offers only one package for iPhone with all the features it can offer. The package can be subscribed for monthly, quarterly, and yearly subscriptions. It offers multiple device functionalities. You can monitor up to 3 devices under one subscription. But the app only operates if the iPhone is jailbroken.

Though they guide you about jailbreaking, this still complicates its usability and increases your expense. Though the app is compatible with iPhone, nothing has been mentioned about its compatibility with iOS versions.


It only mentions that the app can only be used on Jailbroken iPhones. The second limitation is that it needs physical access to install the app on the target iPhone. Currently, it is offering three following plans:. Home top 10 iphone spy apps. Compatibility One of the many reasons why Xnspy iPhone spying app is at the top of this list is its eclectic compatibility with iPhone. Basic Premium The two packages are available for monthly, quarterly, and yearly subscriptions.

The app offers compatibility with new and old iOS versions. It is affordable when compared with other cell phone spying apps. Features like remote call and ambient recording, remote device lock, data wipe, etc. Cons Kik messages can only be accessed on the No-Jailbreak version. Rating: 9. Buy Now. Pros It does not require any physical access to download and install the app The phone does not need to be jailbroken It has the best feature to price correlation.

Compatibility As far as the compatibility with the iPhone is concerned, mSpy is compatible but it would require you to jailbreak your iPhone before installing it. Price Like Xnspy, mSpy also offers two different packages on the basis of features.